Warming Up Car in Winter

Warming Up Car in Winter

Should You Warm Up Your Car?

As some may know, winter is here; If you live on the east coast, or you live somewhere that snowfall and below freezing weather is a standard expectation for every winter then you may have been told to start warming up your car in the mornings before leaving for work or school. This may seem like such a pain to go out in below freezing but the benefits of warming up your car is a longer engine life and a defrosted windshield. But what if that isn’t the case? What if warming up your car is doing more damage than help to your car’s engine in the first place? We’ll explore this question and figure out if it’s worth it to warm your car before leaving the house.

“How long should you let your car warm up?”

The old adage will tell you that the benefits of warming your car far exceeds the risk of not warming it up properly. By proactively choosing to warm up your car earlier, you can catch the dreadful ” battery light on” and not be late for work due to a dead battery. So once the cold comes in, you should be prepared to wake up a few more minutes earlier to allot the correct amount of time for your car to be idling/starting. Most people question how long to warm up car and the first inconstancy we will find is the time. Do you warm for Five minutes? What about 10 or even 15? There is not confirmed amount of time established and most answers will conveniently circle back to “only you know your car”.  Some may even have a specific list of requirements on how to warm up a car. These could include things from only running the engine without the heat on, or that you must run the engine with the fans blowing hot air and the defroster on. There is never a single set answer and those telling you usually don’t have a knowledgeable reasoning, meaning there’s no fact behind the daily ritual, it’s usually just accepted as fact and nothing else. However, while you do warm up your car in the winter, you should check into your Winter Tire Pressure.

Keep Your Vehicle Running Long with Included Intro Maintenance. Included in all Plans!

Now, the point of addressing all the inaccuracies isn’t to directly shame the individuals who have been operating under the same set of principles for the extent of their driving life. If I was told I had to do jumping jacks before entering my car to prolong its life by an extra Five to Ten years, you better know I’d be doing it. It’s something as simple as that, there is very little modern fact behind warming up your car for the cold weather, but when your parents were the general driving age (we’ll stay around the 1995’s, to be fair) this was actually a common thing that needed to happen. Older engines produced needed to be warmed to satisfy the start up.

Older engines were internal combustion engines, as opposed to the current style of engine used in cars. That may not immediately answer all your questions, but don’t worry we’ll provide the breakdown for how automotive engineering works. The composition of an internal combustion engine is composed of multiple cylinder pistons that, when started, cause a contraction of air and vaporized fuel to create a miniaturized explosion in each of the pistons. This creates the thrust needed for the engine to begin operating as it should, the trouble arises when the temperature outside is cold enough to stop the gasoline vapors to evaporate and create the correct ratio. Until the engine is warmed up to around 40 degrees there is a danger to begin operating the car itself. This could cause bending of the pistons as well as misfire if there is not enough vapor to offset the combustion. This was the point of warming up the car, to allow there to be a steady run of the pistons without having to worry about the force put behind it.

Newer engines began using a built-in fuel injection system that would allow for direct access to your engine. This negates the need for the pistons to warm to make sure there is enough heat to syphon the gas vapors and allows you to begin driving sooner than you would with a traditional combustion engine.

If your car is older than 1995 it may be using a combustion engine, this is when warming up your car is a big deal. Unless you are living in a warm climate with no heavy winter months you will need to provide an adequate amount of time for the start up. Though, if you have had the same car for this long whatever you have been doing has been working to allow it to still function. As stated, prior in the article, the newer form of engines uses a fuel-injection system to funnel gasoline directly to the engine, which mitigates the need to warm up the car. Some mechanics have stated that when you are running your engine to warm your car, you are causing a hindrance due to the extra amount of vapor you are providing to the engine, could layer and actually strip oil from the walls, which could lead to damage as the oil is what provides the lubrication in the engine.

Even if you have fuel-injectors you may not want to immediately start the car and gun it down the road. Doing this could cause unnecessary damage to the engine as you are creating a ton of stress on it, the best thing to do would be to start the car and drive down the road at a neighborhood speed (25mph) for about 5 minutes before starting to push the engine. This will provide the proper warm up it needs without wasting fuel and funneling too much gas into the engine. Doing this will ensure the life of your engine while negating the need to warm up your car. But, if you have a car existing from years ago and it’s still working as it should through all the winters then you know what your car can and can’t handle.

If you have an older car, it may be best to continue to warm it. If you have a newer car you are pretty much set to get in and get it going.

For more informational automotive resources, be sure to check out our other relevant articles: Should I get my car detailed in Winter?, Winter Emergency Car Kit, and Car Care Tips for the Winter.

Directory:
Related Vehicle Care Articles
5 Benefits of Detailing Your Car
#VehicleCare
Detailing your car has a stigma against it. Not for anything bad, but people hear the term “detailing” and think it is only for rich...
Read More 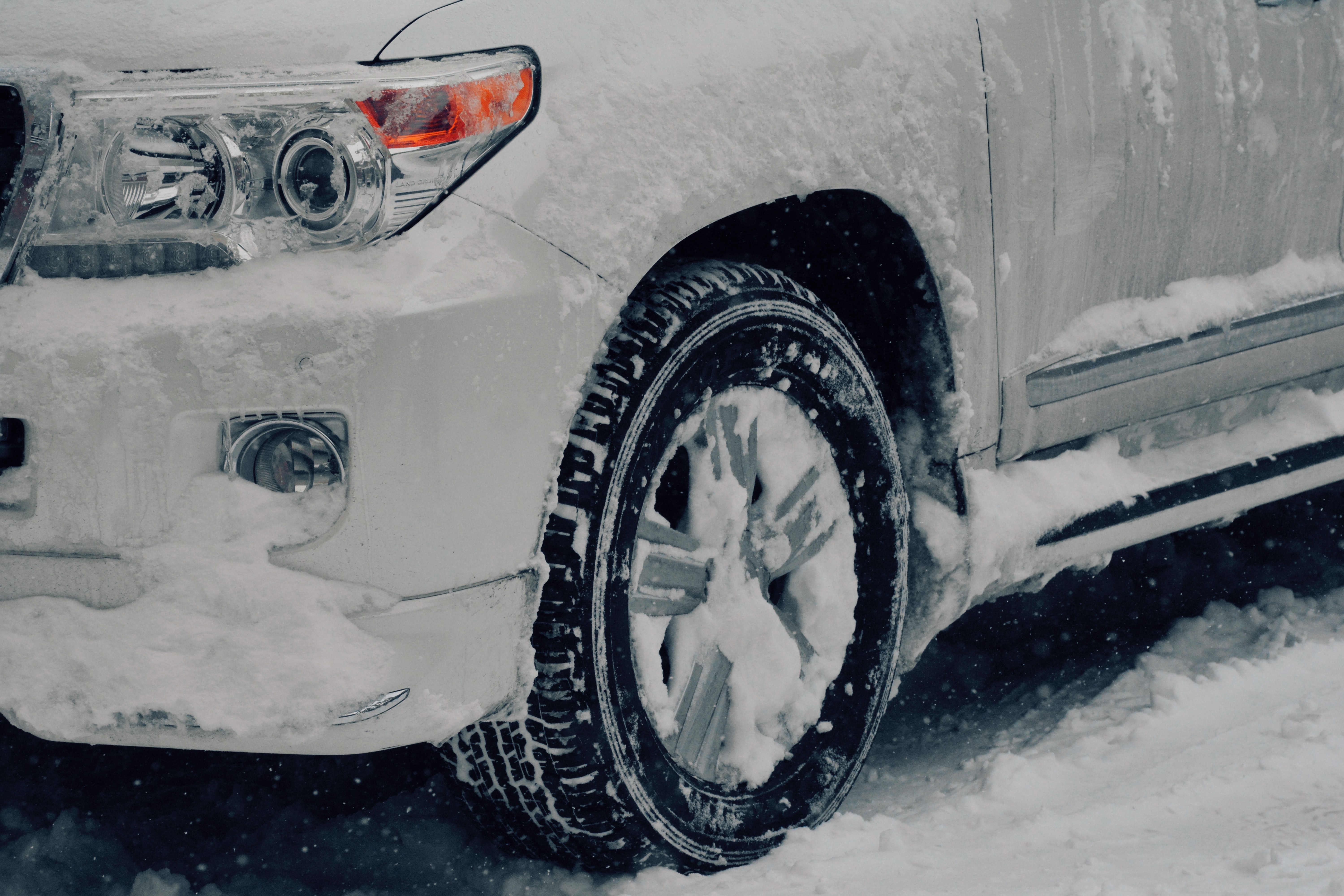 5 Benefits of Detailing Your Car
#VehicleCare

Car Suspension Parts and Repair
#VehicleCare
The suspension in a car is the first line of defense against potholes, speed bumps, and road debris. Although a car’s suspension is sophisticated, problems...
Read More

Car Suspension Parts and Repair
#VehicleCare
×
Thank you! An agent will be contacting you shortly.