The Least Reliable Cars of 2021 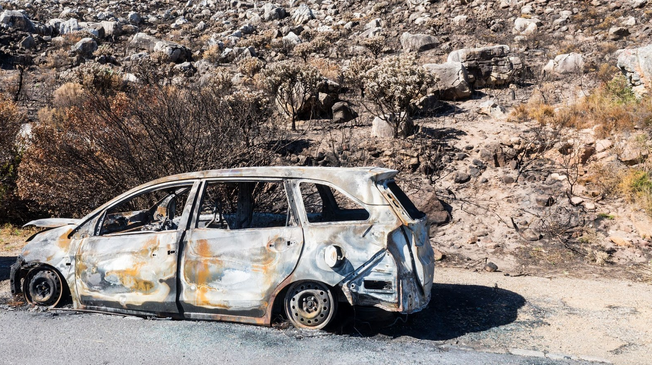 The Least Reliable Cars of 2021

If you are in the market for a new car, you might be interested in purchasing a brand new 2021 vehicle right out of the dealership showroom or lot but just because it’s a brand new vehicle does not mean that they are fully reliable.

The least reliable car brands out on the market may surprise you because every car brand has advantages and disadvantages.  The most unreliable car may even shock you, as it changes year after year.

Keep in mind that just because the vehicle was listed unreliable in 2021, does not mean that past versions of the vehicle are also unreliable.  Every year, vehicles improve or disapprove and hopefully, in the future, the manufacturers of these problematic cars will make their way off the list in the future.

For now, here are the most unreliable car brands and vehicles of 2021.

The Volvo XC90 in the past has been known as one of the best SUV experiences in the automotive industry, but unfortunately, the 2021 XC90 is one of the least reliable SUV on the market for this year.  The vehicle has been known to have numerous issues with the drivetrain, brakes, and power equipment.

Even though the 2021 XC90 has been deemed unreliable, it was still a very impressive vehicle during its road test phases and has outperformed other SUVs in its class byways of comfort, braking, and speed.  Even though the XC90 is the least reliable brand-new Volvo vehicle, it is still a decent ride.

The Jeep Wrangler is an incredibly popular vehicle due to its strong fanbase and community, along with its killer off-roading capabilities. Unfortunately, the jeep wrangler vehicle tends to always have 4 main problems that always make it on the unreliable list.

Just like all jeep wranglers including the new 2021 wrangler, they are indeed a rough ride.  The vehicle is rough and bumpy which can be a major downside to a lot of drivers, but it’s a two-way street because jeep wrangler fans enjoy the bumpy ride.

Another complaint is that the vehicle is extremely loud, which is true because noise pours into the vehicle due to its design of being able to take the roof and doors off of the vehicle.  Jeep Wranglers are also horrible for fuel economy as it really does eat up gas.

In terms of the new 2021 jeep wrangler, the vehicle’s in-car electronic system is very unreliable and the jeep wrangler has weak body durability due to being able to take most of the body off of the vehicle. No matter how low the safety and reliability of scores of the Jeep Wrangler, nothing will stop its passionate fanbase from enjoying the Jeep life.

It is no doubt that the EcoSport is a cheap vehicle, it even has Eco in the name which means economy.  There is a lot of complaints about the interior of the vehicle, and the material used is cheap.  The vehicle has horrible performance and terrible gas mileage.

Throw in a lawsuit about the vehicle’s ignition system failing due to a flaw with the entertainment system and you got yourself an extremely unreliable vehicle.  This vehicle has had many problems over the course of the vehicle’s eight model years.  Just because this is an economical vehicle and extremely affordable, does not mean that it should be unreliable.

Tesla is big talk nowadays because of the popularity behind Elon Musk and SpaceX.  Tesla has some very incredible things going for it, but make no mistake that there can be flaws to everything, and Model S has some unreliable flaws.

The Model S is a fun-to-drive vehicle and has an extremely attractive design, making eyes pop when they see it on the road.  The vehicle was known for making electric cars cool again, but unfortunately, the Tesla Model S has had some reliability issues when it comes to the main touchscreen going blank, or the air suspension giving off a problem.

If this was a normal vehicle, the touchscreen going blank would not be a worrisome or fatal issue, but the fact that the Model S is very reliant on the huge 17-inch screen can be extremely worrisome.

The Volkswagen brand used to be about reliability, top quality, and heavily inspected vehicles but now the brand has been faced with a lot of problems including reliability.  The 2021 Volkswagen Atlas is an expensive vehicle to be faced with so many problems.

The vehicle suffers from issues with the fuel system, control equipment, and vehicle integrity.  The vehicle is also known to have problems with the wheel system in which the lug nut bolts might come off, along with a serious problem with the backrest of the vehicle could result in a serious injury in the event of a crash.

Finally, our last vehicle to look at for being extremely unreliable is the 2021 Subaru Ascent.  Interestingly enough, Subaru’s entire branding is around reliability, so when it is deemed that the 2021 Ascent was rated one of the most unreliable vehicles of this year, it puts a hard hit on the brand.

The vehicle has an extremely weak, cheap, and noisy engine and a crowded interior. The vehicle has many known problems with the transmission system, braking, and in-car electronics.

If you are in the market for a new vehicle, you should find a vehicle that is reliable and won’t suffer from many issues.  However, if one of these vehicles does interest you, or you have a special connection to the type of vehicle, then you should look into being covered by an extended auto warranty.