Americans are more interested and involved in politics today than they have been for the past decade.  Whether you identify as a Democrat, Republican, Independent or anything in between, there are a variety of media outlets out there that millions can rely on for real clear politics.

There’s a common myth that podcasts, in general, are dying out, and more people would rather receive their latest news from mainstream media outlets such as CNN Politics or Politico.com, or even Reddit Politics, but the fact of the matter is that there are still popular podcasts dominating the political news world.

Just remember, as touchy of a subject as politics are you should always keep a leveled mind when on the road. Don’t allow something said on a podcast to cause avoidable road rage. This may seem like a redundant thing to mention, but with the recent political climate there is a reason to warn.

What is a Podcast?

If you’ve been active in the media streaming community, you may know of the explosion of popularity that podcasts have garnered over the previous years. The base premise of podcasts is to take the place of traditional talk shows but allowing creative freedom for the content creation that most radio stations restrict or regulate. This freedom allows for shows to be targeted to their desired audiences while having the ability to speak as freely as they wish. This is also coupled with the fact that there are over 525,000 active shows to choose from on Apple’s Podcast platform giving an extensive amount of choices radio cannot provide.

Pod Saves America is a podcast hosted by four men & is distributed by Crooked Media.  It’s marketed as a progressive political podcast – so if you identify as a “progressive”, this podcast is definitely for you.  It’s aired twice a week on Tuesdays and Thursdays and runs anywhere from 40 minutes to 80 minutes.

You can find them on Cooked Media and subscribe to them via Apple Podcast, Google Podcasts, Spotify, and a few others.

The Daily is a daily news podcast and radio show by the New York Times newspaper.  It’s hosted by the Times political journalist Michael Barbaro and he does his best to keep the podcast “balanced”, as it really can’t be identified as “left” or “right”.  The show puts stress on reporting on only real news and “today’s news headlines”.

The show airs 5 times a week for around 20 minutes per podcast and mostly touches on the biggest political stories trending for that week.  It can be heard on Apple Podcasts, Stitcher and TuneIn.

Hosted by one of the most famous and influential figures on the right, the Ben Shapiro podcast is relied on by millions seeking to receive their news from a “right-leaning” source.  Shapiro airs his podcast almost every day and speaks about some of the most controversial and latest breaking news when it comes to conservative politics.

The show runs around 50 minutes to an hour each and can be heard on Shapiro’s website The Dailywire, Apple Podcasts, iHeart Radio, and much more.

Senator Bernie Sanders invites guests onto his show where he discusses issues most important to those on the left.  He touches on topics he is most known for, such as issues that he has with big businesses, tax reform for the rich, etc.

His episodes range anywhere from 20 minutes to over an hour and typically air once a month (with bonus content in between).  It can be listened to on Sen. Sander’s Senate.gov website, Apple Podcasts, and iHeart Radio.

Hosted by Adam Tod Brown and fellow comedian Quincy Johnson, “What in the World?” is one of the most unique podcasts on this list.  The show features the two discussing and arguing about political news in comedic ways.

The podcast is managed by the team on Soundcloud and each episode is typically around an hour long.  It can also be heard on Apple Podcast, Google Podcasts, and Stitcher.

The Joe Rogan Experience, or commonly known as “The Joe Rogan Podcast”, goes beyond the single niche of politics and touches a variety of different topics and issues.  Rogan’s show has featured some of the most famous and controversial figures on his show and can be cited as the source of their problems that followed them after their appearance on the Joe Rogan Show.

Some of the most memorable moments on the JRE would be that of Elon Musk smoking marijuana live on the show, or when Milo Yiannopoulos discussed his personal experience of sexual assault in his past that many found to be in poor taste.  Both of these episodes have gone down as some of the best Joe Rogan podcasts.

His shows typically run for 2 hours or more, with many being around 2 hours and 40 minutes long.  It can be heard on Joe Rogan’s website, Stitcher, and Apple Podcasts.

If you’re running Android, the best podcast app Android has would be the Google Play Podcasts.  It can be found on the Google Play store – but many Android phones ship with it pre-installed.  Many choose to stick with Google and see it as the best app when it comes to podcasts for Android.

If you are running iOS, the best podcast app would be Apple Podcast or “iTunes Podcast” and is built into every iPhone.  It can easily be listened to if you have an active Apple Music subscription.

If none of these podcast apps interest you, Spotify, iHeart Radio and Stitcher are the best alternatives that aren’t provided by your phone’s manufacturer.   These apps act as a podcast app for Android and iOS, so it does not matter which operating system you are running.  Each app can easily connect to your car’s Bluetooth to make your car the best hub for US political news.

5 Fun Car Games for Kids to Play on Road Trips
#DrivingTips
It can take a lot to plan a road trip, and they sure do seem like a good idea at first – you can save...
Read More 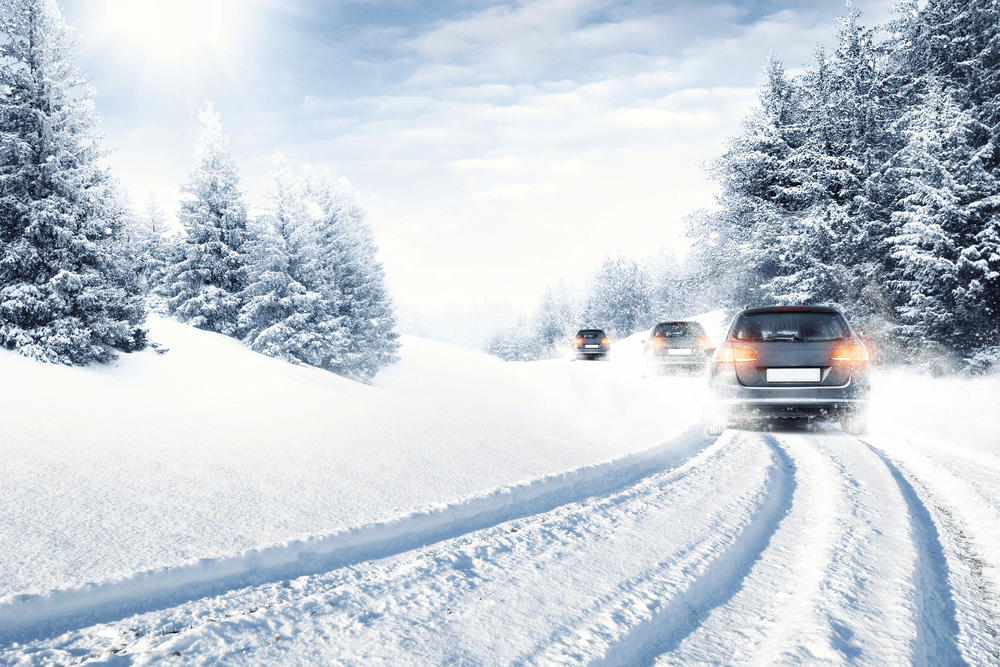 Road Conditions
#DrivingTips
With the winter finally here, we may begin to see snowfall as early as next week. This means that road conditions will begin to vary...
Read More

Road Conditions
#DrivingTips
×
Thank you! An agent will be contacting you shortly.