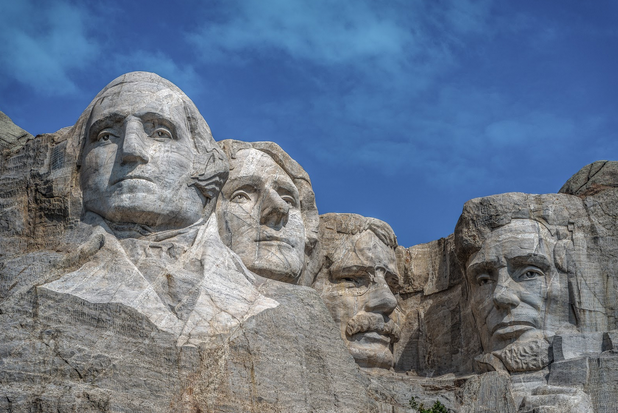 Throughout your childhood, you learn a lot about United States history through the school system, history books, and television.  If you happen to be a car lover, or just someone interested in history.  You might take interest in learning about the history of the president’s car.

Let’s take a look at the different US president’s cars throughout history by giving a history of cars timeline.

This vehicle was used by Franklin D. Roosevelt who was the 32nd president of the united states.  This vehicle was known to be the first presidential vehicle to have its own unique personality.

The vehicle featured a twelve-cylinder engine, with a four-door convertible built by Lincoln but then when modified by a specialty coach builder.  The original cost of the vehicle was $8,348.74 but with the modifications, the total price was $13,298.74.

The vehicle had a retractable roof so that the president could bring the roof down during public gatherings but also have the ability to put the roof up during traditional transportation.  This vehicle was created due to previous assassination attempts of the president at the time.  Before the Sunshine Special, the president was previously riding in a Buick convertible.

This vehicle was used by Franklin D. Roosevelt and Harry Truman during their presidencies.  The lincoln custom was a limousine that was built by Lincoln in 1941 and 1942.  A special custom-made 1942 limousine was given to the White House for the President’s use.

This president armored car was used by Harry Truman, Dwight Eisenhower, and John F. Kennedy.  An interesting fact about this vehicle is that the white house purchased ten of these vehicles.  They had the vehicles custom modified to have extra headroom to accommodate the tall hats at the time and all the vehicles were painted black.

This vehicle remained in service for presidents all the way until 1965.

This vehicle was used during the presidency of John F. Kennedy.  It was a modified version of the Lincoln Continental with a dark blue tint to it.  The vehicle cost roughly $200,000 at the time.  This vehicle was the most unique presidential vehicle built yet.

This vehicle came with a lot of unique features such as a pair of radiotelephones, a fire extinguisher, a first-aid kit, and a siren.  The inside of the vehicle had a retractable standing platform for Secret Service agents and the vehicle had three sets of roofs that we’re able to be removed and adjusted.

These featured were made to allow the president to be more visible to the public but also increased the president’s vulnerability.  This lead to the assassination of John F. Kennedy.

After the assassination, the vehicle was redesigned for roughly $500,000 and was painted black.  After modifications, the vehicle was continued to be used as the president’s vehicle occasionally by Lyndon B. Johnson, Richard Nixon, and Jimmy Carter.

President Johnson received a 1967 Lincoln Continental as his state car.  This version cost about $500,000 but the Ford Motor Company leased it to the federal government for $1 a year.

This vehicle had about 4,000 pounds of armor and featured 340-horsepower and a v8 engine.  The car weighed 11,000 pounds in total and was still able to reach high speeds of 100 miles per hour despite its weight.

This vehicle also served President Nixon, Ford, and Carter.  An interesting fact about this vehicle is that it traveled to 32 different countries before being retired.

This US president car was used by Gerald Ford, Jimmy Carter, and Ronald Reagan.  This six-passenger limousine weighed 13,000 pounds and featured external microphones to allow occupants inside the vehicle to hear outside noises.

The vehicle had a full armor plate and bulletproof glass. The vehicle also had storage for the Secret Service to store submachine guns.

This was the vehicle that President Gerald Ford was shot at in, and the same vehicle that transported President Ronald Reagan to the hospital after the attempted assassination in March 1981.

This car was used by Ronald Reagan and was delivered to the White House on January 30th, 1984.  This vehicle featured armor and bulletproof glass.

It had a raised roof and a large open rear to deal with the added weight.  The vehicle also sported oversized wheels and tires and heavy-duty brakes.

This vehicle was commissioned by George H. W. Bush to succeed the 1983 Cadillac Fleetwood which was used during the Ronald Reagan administration.

The lincoln town car limousine was used for the entire presidency of George H. W. Bush. This was the last Lincoln vehicle to have served as the Presidents car.

President Bill Clinton used this 1993 Cadillac Fleetwood as his presidential state car.  The vehicle featured armor and bulletproof glass but also gave the president abilities such as phones, satellite communications, and the internet built into the vehicle.

This was the first Cadillac to the built from the ground up to be used as a president’s car.

Cadillac at the time of the inauguration of George W. Bush had no longer produced a car suitable for conversion into a presidential limousine.  The required amount of armor and amenities that were required by the Secret Service made the vehicles difficult to produce, which resulted in failing transmissions and short-lived brakes.

The vehicle weighed about 14,000 pounds and was nicknamed “The Beast”.  This vehicle was used throughout the presidency of Barack Obama and Donald Trump.  When George W. Bush traveled, he always took two of these armored Cadillacs with him, so he always had one for backup.

The details of this vehicle are still classified for security purposes but it features a tall roofline, an all-wheel-drive, red and blue emergency lights.  The vehicle is completely fitted with military-grade armor that is 5 inches thick for maximum protection.

The windows of the vehicle do not open at all, and there are five antennas mounted on the trunk lid.  The vehicle can seat eight people and comes equipped with a console-mounted communications center.

This replacement for the 2009 version of the 2005 Cadillac DTS was used by Barack Obama and Donald Trump, but both cars remain in the presidential fleet and the older model is occasionally used.

This vehicle was used by President Donald Trump and is currently being used by President Joe Biden.  There is not a ton of information about the specifications of this version of the “Cadillac One” but it appears to be an evolution to the old model with a more modern design.  The vehicle weighs between 15,000 and 20,000 pounds.

The History of President’s Cars

It’s quite interesting to take a step back and realize the amount of work and detail that went into the design and development of the vehicles that were used throughout history by the Presidents of the United States.  Did you know about all this car history?

Even though our normal everyday vehicles don’t come equipped with bulletproof glass and armor, it’s important to look into an extended auto warranty to protect your vehicle from any malfunction or breakdown.

Directory:
Related Did You Know? Articles
What Type of Gas is Good for Your Car?
#DidYouKnow?
Gas is the life force of every car that is on the road today. Even the type of car that uses gas and electricity to...
Read More 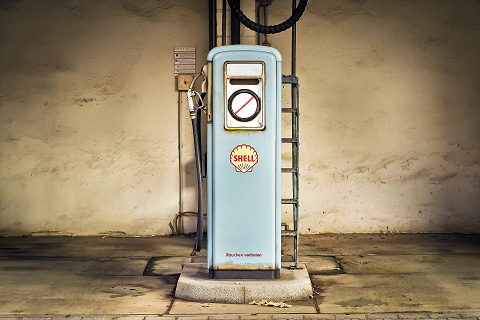 What Type of Gas is Good for Your Car?
#DidYouKnow?
Automotive History: The First Car Ever
#DidYouKnow?
The cars of today are ever-evolving and are something that we rely on immensely to be able to get from point A to point B....
Read More 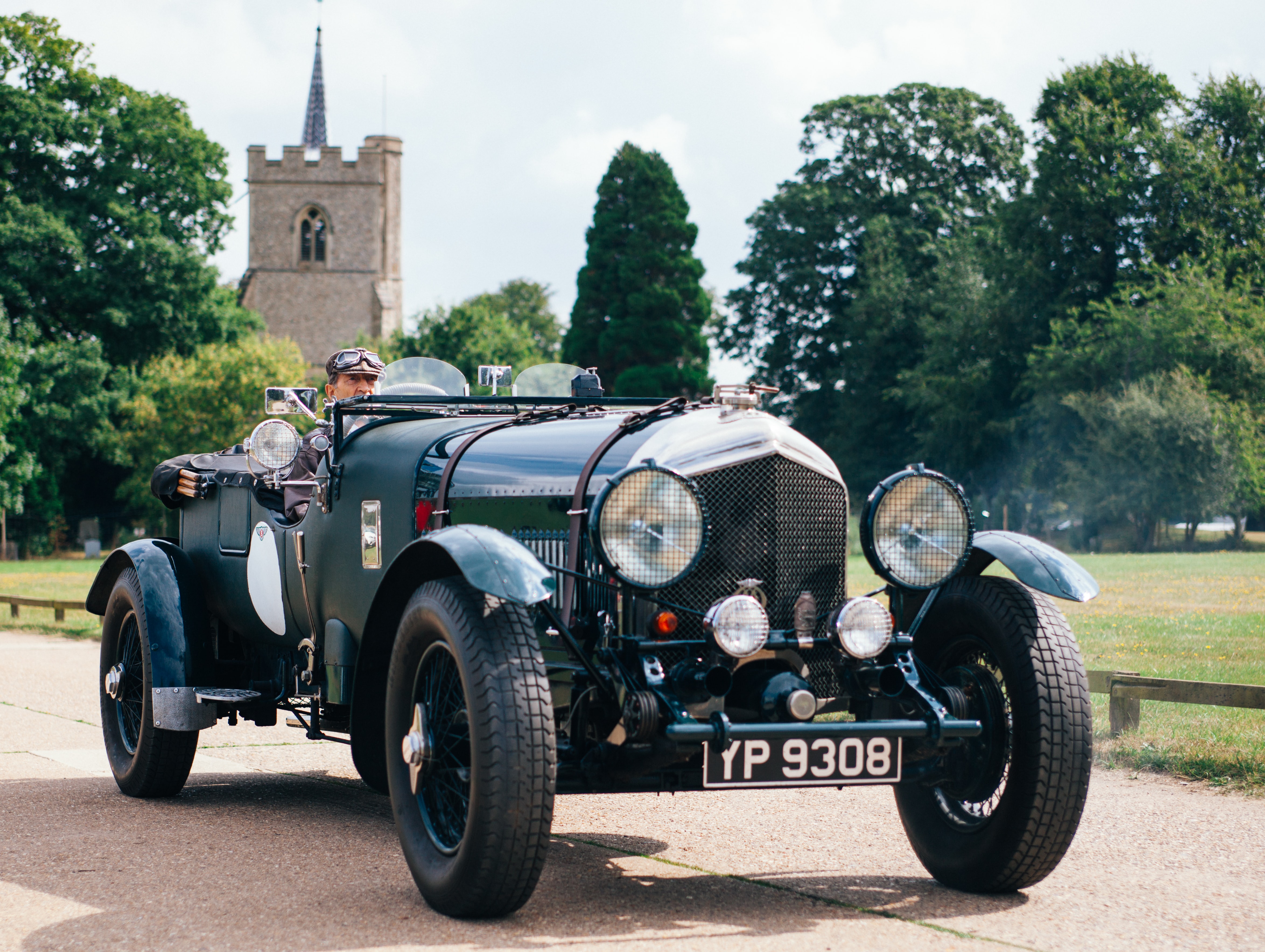 Automotive History: The First Car Ever
#DidYouKnow?
×
Thank you! An agent will be contacting you shortly.